Wanna Move Away? – – What to Consider When Trying to Move to Another State with Children 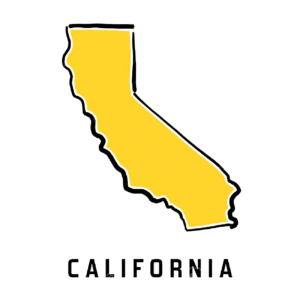 How do you Gain Permission to Move Away from California?

The concept of a move away order in California usually come about when one parent wants to move out of the state do to either their obtaining a new job or their new spouse obtaining a new job. Sometimes they can come about when a noncustodial parent remarries and their new spouse resides out-of-state. When one parent wants needs to relocate with their child to another state, they have to do one of two things; they need to get consent of the other parent OR if the other parent refuses to consent, the relocating parent needs to seek court approval for the move away. We call this a “move away order.”

If you are the Primary Custodial Parent

If you are the primary custodial parent, recent cases in California demonstrate that the court is likely to allow you to move. California Family Code §7501 states “a parent entitled to custody of a child has the right to change the child’s residence, subject to the power of the court to restrain a remover that would prejudice the rights or welfare of the child.“

What does that mean?

It seems the issue should be straightforward, but it is not. Even the California appellate courts have issued conflicting opinions over the years when interpreting this section of the Family code. Some courts have imposed restrictions on a parents right to remove based upon the reasoning of the custodial parent. Why did they need to move? Is it essential or imperative is it necessary? Other courts have found that a parent has a right to move, that it is a constitutional freedom of being able to travel and relocate. So how do we figured out?

How do you determine that?

Who Has to Prove What?

Because of the constitutional implications of restricting someone’s ability to move, the courts cannot order someone not to move; but they can make orders concerning whether the children can move. So who has to prove what in the scenarios? Some would think that the parent that wants to move has to prove that the move is “necessary” or “essential.” In fact it’s just the opposite, and most move away motions the parent with the least amount of custodial time bears the burden and has to show that the move would cause harm to the children and/or the custodial parent is moving to frustrate the noncustodial parents time with the children.

I’ve been on both sides of these kind of cases. They are by far the most difficult kind of cases. I represented a noncustodial parent whose ex-spouse wanted to move the children to Montana; thus reducing his timeshare to 20% per year. Can anyone say that that’s not going to cause a detriment to the children? Of course it is, but the court allowed it. I’ve been on the other side where the custodial parent wanted to move the child to Pennsylvania. The custodial parent had been accepted to a university there their new spouse was stationed there (military spouse), they had another child from the new marriage, and the court allowed it. Still, very difficult.

Always Look at Your Most Recent Court Order

Whether you just need to notify the noncustodial parent that you’re moving, or seek out permission, depends on your previous court order. What was the language of the judgment/court order? In some cases, the language reads something like “any parent seeking to move the child/children out of the current residence/County/state must provide 45 days written notice to the other parent.” (If this is the language then the only requirement is notification). If the language requires “written consent” then you must receive written consent or seek a court order.

What is Written Consent?

The answers are no, no, no. What it does have to be is in writing; it can be an email, he could be in text message (however not advisable). You have to be able to demonstrate that the noncustodial parent received notice of the move. If you send it to an email address that you don’t have regular communication with the other party on, you may have problems demonstrating notice. On the other hand, if it’s an email address that you regularly used to communicate with them, you’ve got better proof. The burden of proof is upon the custodial parent to demonstrate that the other party got notice!

How does the Court Decide?

The court uses a balancing test with some of the factors taken into consideration on whether to allow them away/change of custody:

Obtaining a Move Away is a Very Big Decision

Needless to say, a custodial parent who makes the decision that they want to leave the jurisdiction where both parents reside should not be taken lightly. There can be dire consequences if the move away is not thought of and planned carefully. The children should be the main focus; what is the effect going to be on them? Will it forever damaged the relationship between themselves and the noncustodial parent? Will they grow up, become an adult, and blame the custodial parent for taking the noncustodial parent out of their lives?

Think about it with your children in mind when you’re considering a move away.

By James R. Fox | Published February 11, 2019 | Posted in Family Law Issues, Legal | Tagged 7501, California move away, lamusaga, move away | Comments Off on Wanna Move Away? – – What to Consider When Trying to Move to Another State with Children

We will respond to your inquiry in a timely fashion. Thank you.