Can I Date Now? – When is it Okay to Introduce your Child(ren) to a New “Friend”?

Back on the Market 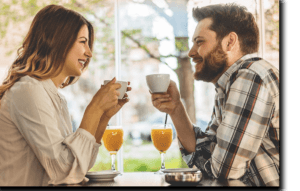 Okay, you’re in the middle of a divorce and you’re now “back on the market.” You want to date, you’ve been stifled in your marriage for too long and you want
to feel that spark again!

But, you’ve got kids. Does that relegate you to a life of loneliness and abstinence? Sure, your kids come first… But does that mean your dating life is dead? The answer is NO you’re not destined for a life of solitude, loneliness, and Netflix binge watching.

Should your children know your dating?

Well, like everything else through this process, the answer is MAYBE. Why maybe? It depends on a number of factors. 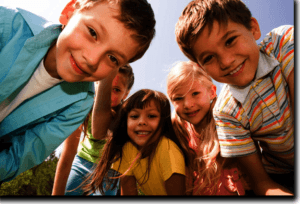 If your divorce/separation is new, your children may have not adjusted yet. I know you want to feel alive again, but as stated above YOUR CHILDREN COME FIRST. The further out you are from your separation/divorce the more appropriate would be for you to introduce someone you’re dating to your children. There’s no magic figure; no one can say it six months or year or year and 1/2. It’s all dependent on the maturity of your children and how you approach it.

It’s best, if you have a good coparenting relationship with your ex, to discuss it with them first and come up with a plan; remember your ex probably wants to date as well and is going to have the same issues. You also need to talk it over with your new “friend”. Come up with some guidelines regarding such things as PDA (public displays of affection), what are the rules about either one of you spending the night, etc.

You also need to consider how your new dating life is going to interfere with your ability to be involved in your children’s life. Especially, if you’re involved in a custody battle, you don’t want the court to think your child is better off in the custody of your spouse. If your children are constantly witnessing you and your new “friend” speaking ill of their other parent, the court will consider that an unhealthy atmosphere for the children. Remember, when you’re in the middle of a custody battle the court is judging judgment.

Make sure you know who dating

When you first meet someone and you have that initial attraction, it’s difficult to know everything about them. You know you’re attracted to them, you get along, you seem to want to talk for hours, you really like them. But, who are they… Really? For example, do they have any criminal past? Have they ever had a restraining order filed against them? Remember it’s not just you dating them… IT’S YOUR KIDS dating them too.

Imagine you’re dating someone and it turns out, through the research of your ex, that they’ve got a criminal past for assault, or God forbid, violence or sexual misconduct against children. The court’s going to look to you. I’ve had a case where the court granted my client’s grandparents custody of the children because my client was dating someone who had restraining orders against them for violence against their own children. Because my client did not believe those allegations, they continued to have contact with their new partner… The court strongly disliked this, and took the children away. When you were dating in your single life (no kids) all the risks that you were taking were on you, that’s not the case anymore.

We will respond to your inquiry in a timely fashion. Thank you.